A Call to Action: Envisioning Restorative Justice at MSU Denver 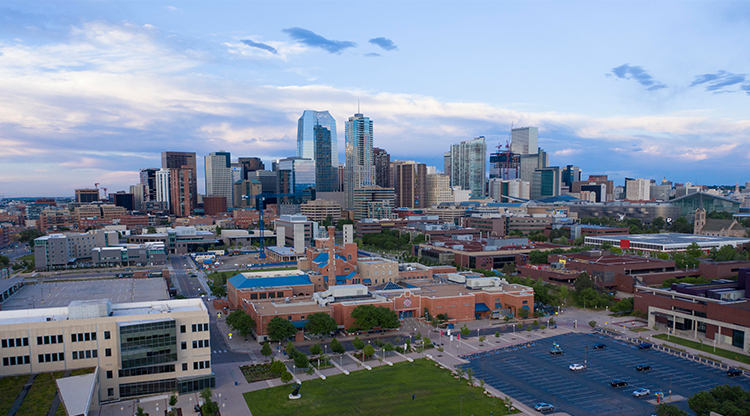 Reframing how we approach conflict on campus.

The Restorative Justice Coalition is dedicated to exploring restorative practices as a response to conflict and harm that occurs at MSU Denver. The Dean of Students Office is working alongside staff, students, faculty, and our MSU Denver community to share their knowledge and experiences to collectively envision restorative justice at MSU Denver. Allowing a more holistic approach for our campus community needs with conflict resolution and accountability.

Like many other colleges and universities, MSU Denver has a Student Code of Conduct and specific processes to address violations of community standards. Conduct processes have historically been centered in dominant notions of accountability, mirroring the criminal justice system in process and language. The MSU Denver Dean of Students Office recognizes that the current approach to student conduct can lead to inequity like that of the criminal justice system and can also be insufficient in addressing the needs and harms that have resulted from wrongdoing.

Restorative practices offer a different lens in addressing harm and accountability. To restorative principles of relationship and interconnectedness, the coalition will help address the systems that have contributed to what happened for all parties. It is an opportunity to be more truly community-focused and conflict-positive, while meeting the needs of our students, particularly for Black, Indigenous, and people of color (BIPOC) and others whose voices have been traditionally marginalized.

The Coalition is working to build a restorative and community-centered culture on campus to prevent, address, and resolve harm.

More Details about the Coalition

The coalition meetings are facilitated in a restorative format, following circle practices, and include a broad representation of students, faculty, and staff with opportunities for members to facilitate discussions.

The coalition uses consensus decision-making to help us collaborate and make decisions. Looking through the lens of social justice and anti-racism, the coalition explores how we can build community through conflict at MSU Denver.

Past meeting topics have included:

What is Restorative Justice?

Restorative justice is a philosophy and practice that emphasizes repairing the harm caused by an incident of wrongdoing or by conflict.

Restorative justice is a collaborative process that brings together the involved parties to address what happened, the impacts and needs of all involved, and what can be done to repair the harm that has been caused.

Storytelling and recognizing the harms that the stakeholders have experienced is at the center of a restorative dialogue. This community-centered approach embraces active accountability, listening, and repair. Restorative justice is also a relational approach to conflict and wrongdoing focusing on meeting the needs of victims, offenders, and the community, rather than a punitive one where the focus is primarily on the violation and punishment.

This collaborative process invites the participants to identify and address the needs of the parties and may result in a restorative agreement in which participants mutually develop a plan with resolutions specific to the harm or incident. To ensure a successful process, restorative justice is voluntary and requires the responsible party(ies) to take accountability for the harm and to be willing to repair the harm caused.

Restorative Justice as we know it today is rooted in Indigenous practices.

Restorative justice is rooted in the philosophy of justice held by Indigenous people in North America, Africa, New Zealand, and First Nation communities around the world.

The Indigenous peacemaking process involves bringing the community, victim, and offender together to resolve conflict and maintain harmony in the community and ensure that those involved in conflict remain in the community. While commonly discussed as a reactive approach to harm, it is also used proactively to prevent conflict by creating a community-centered culture where all members recognize their value and the value of others.

Many universities and colleges have adopted restorative practices on their campuses to address conflict and wrongdoing. MSU Denver is interested in assessing opportunities for restorative justice in our community. We are particularly interested in how it helps to build and support our MSU Denver community by:

In practice, restorative justice may receive referrals from many sources, such as:

As Fania Davis puts it in “Race and Restorative Justice” (2019), restorative justice is a “new but old justice”.

Key in accepting restorative practices has been recognizing the harms created by traditional systems of justice, including economic impacts, mass incarceration, the school-to-prison pipeline, and disparities in school discipline. Dominant mechanisms of discipline have also diminished local, indigenous, or community-based methods of addressing harm, creating gaps in cultural responsiveness and opportunities for systemic oppression.

Traditionally, higher education institutions have implemented codes of conduct as a system to address violations of community standards. The MSU Denver Dean of Students Office recognizes that historical approaches to student conduct have contributed to systems of oppression and racial inequities. It can also be insufficient in addressing the needs and harms that have resulted from wrongdoing and be dissatisfying for those involved. The Dean of Students Office has committed to reviewing and making changes to MSU Denver’s Student Code of Conduct and conduct processes, which have been historically centered in dominant notions of accountability by mirroring the criminal justice system in process and language.

Restorative Justice is not limited to campus conflict. While the focus of the Coalition is to implement restorative practices on campus, Coalition members will gain experience and knowledge that will go far beyond MSU Denver.

As a coalition, we have created these norms to uplift our members and set expectations for every meeting.

As a student, why join the coalition?

In addition to connecting with others within the MSU Denver community to create change and an environment rooted in restorative justice, you will gain experience in skills with:

Staff and faculty members are welcome to join the Coalition!

Meetings are bi-weekly and you can join special topic groups on recruitment/outreach, educating the campus, and developing a mission statement for the Coalition.

To learn more about restorative justice and racial justice, check out the coalition’s resource page

Fill out our statement of interest or contact Elise Krumholz, Coordinator of Student Conflict Resolution Services at [email protected]

Fill out our statement of interest or contact Elise Krumholz, Coordinator for Student Conflict Resolution Services