Conflict is a normal part of life. But it is not always a comfortable one. Lean into the discomfort and join us to dialogue about difficult topics in a meaningful way.

Dialogue is not debate or discussion. Rather, dialogue is a process where we invite inquiry, explore differences, and build shared understandings. In our campus community, the Dialogues Program brings together students, faculty, and staff to participate in small-group facilitated dialogues. Dialogue brings people together to deeply engage in listening, sharing our lived experiences, and challenges us to think about different perspectives other than our own. Above all, dialogue is about having a space to learn from each other despite differences and to create change by talking about action. Dialogue at MSU Denver is modeled after Intergroup Dialogue from the University of Michigan, which is a social justice approach bringing individuals together who share different identities and experiences together to dialogue.

The Dialogues Program is a joint partnership between the Department of Communication Studies and the Dean of Students Office. 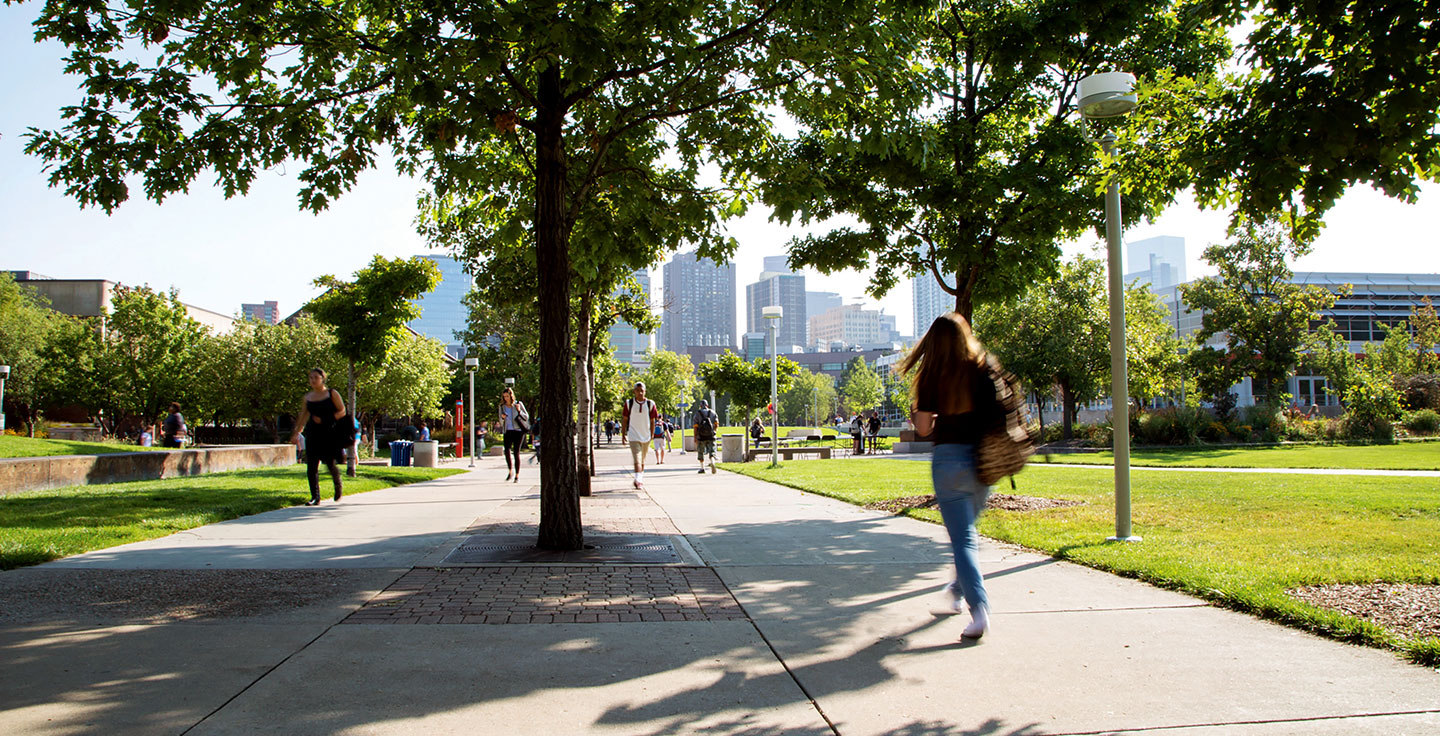 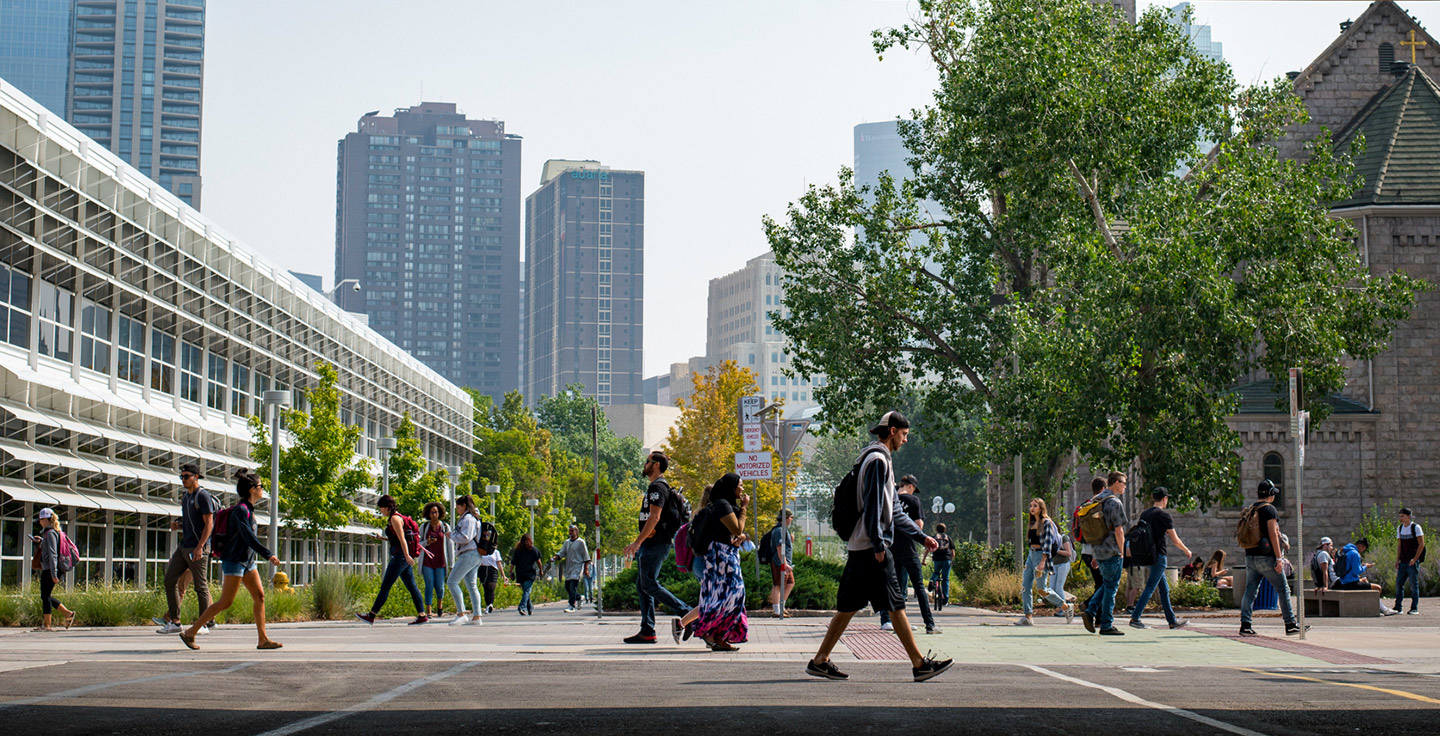 We will grapple with how power, privilege, and oppression constrain our understanding of the environment. 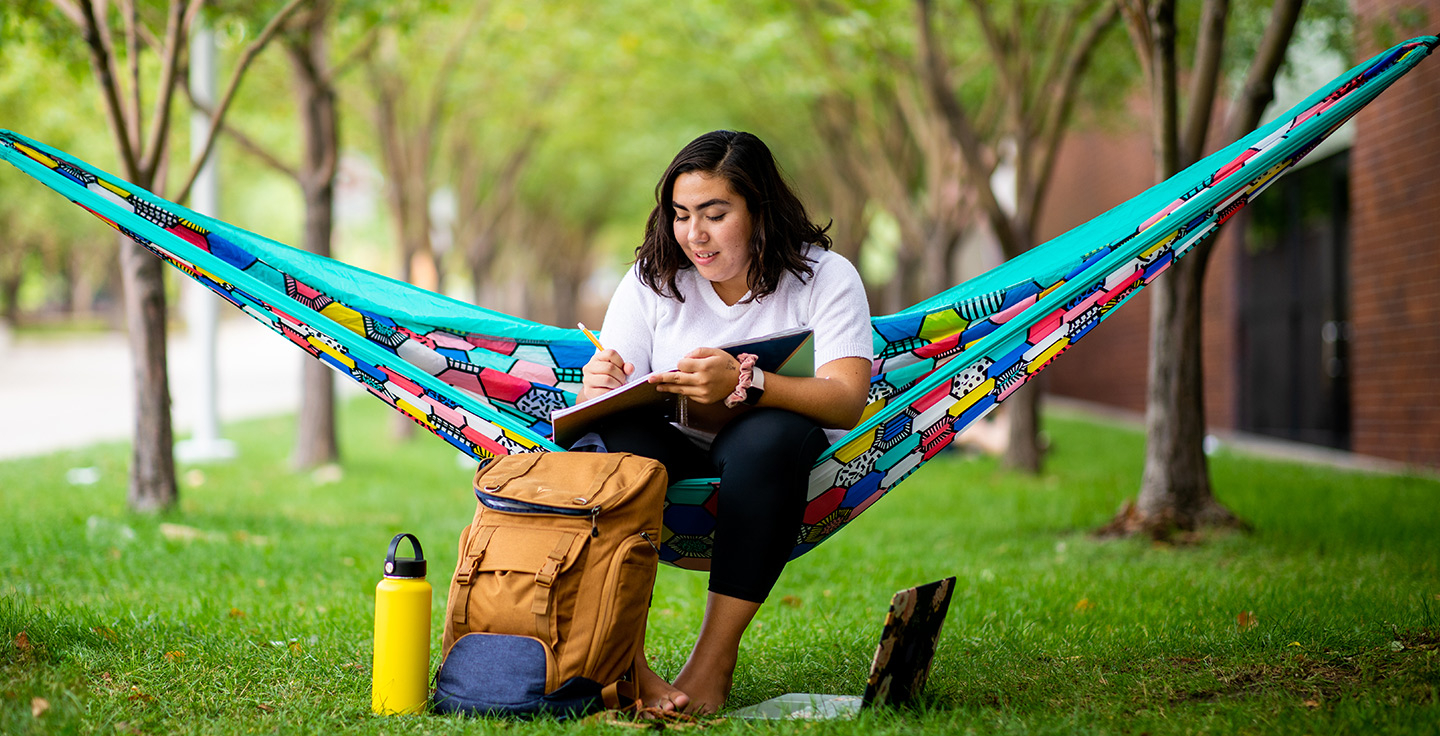 A panel of experts, advocates, and activists will share their work on environmental justice in action. Plus dialogue! Damar is a youth organizer from Southwest Denver who centers her advocacy around food justice, urban agricultural practices, and youth empowerment/education. Working with Sheridan Rising Together for Equity and Groundwork Denver, Damar teaches youth about land stewardship and community organizing as tools for social change and strongly believes that food sovereignty, youth leadership, and community-cultivated decisions are vital practices to resolving environmental injustices in Denver. A tribal member of the Navajo Nation from Shiprock, New Mexico, Shaina is an advocate for Indigenous Peoples’ Rights. In 2015, after the EPA’s toxic mine spill affecting the Animas and San Juan Rivers, which supply water to the Navajo Nation, Shaina became more aware that the environmental disasters that happen in Colorado—where she now lives with her husband and four boys—also impact her tribe’s well-being and future. Shaina began to feel her responsibility to do her part as a mother, aunt, sister, descendant, and survivor of genocide. Shaina is a Field Organizer for Mom's Clean Air Force and EcoMadres in Colorado. Shaina's advocacy has been featured in such outlets as ABC News, the Denver Post, and Colorado Public Radio, and she has testified at EPA hearings related to air quality. Ean is active in Denver Public Affairs, Colorado Public Policy, and Federal Environmental Policy. He has worked for three branches of local government, worked at three levels of American government, run for Denver City Council, and has directed many local and state political races. Currently, he serves as the Colorado State Director for GreenLatinos. Ean has received recognition for his work from the Denver Regional Council of Governments, the Denver Regional Air Quality Council, named a River Hero by the National River Network, and was recently elected the Co-Chair of the Colorado Environmental Justice Action Taskforce. He loves to dance whether it be at a concert or in politics! As Mr. Denver, a local music DJ and radio host, he uses the media to uplift locals in the community. Follow Ean @believeEan on all platforms. Ean is a water protector that holds a B.A. in Political Science with a Minor in Native American Studies, a Water Studies Certificate, and Early Childhood Education Certificate from Metropolitan State University of Denver as well as a Horticultural Therapy Certificate for Colorado State University.

All dialogues are different. As a participant in dialogue, you may engage in a facilitated discussion, self-reflection, small group discussions, and activities. Typically, dialogue consists of about 15 people with 2 facilitators. The facilitators will have a plan for the flow of dialogue, but ultimately it is up to the participants on where it goes.

You should expect dialogue to be uncomfortable. Dialogue bridges the gap of understanding by allowing for space where people bravely confront uncomfortable conversations with vulnerability, trust, and openness. By allowing people to voluntarily enter a situation where they know they will be sharing opinions that will be challenged, and listening to others’ opinions and struggles, dialogue helps us understand each other in a deeper way. Engaging in dialogue is not easy and it can be difficult building trust in a room full of potential strangers or over virtual platforms.

The purpose of dialogue is to uphold each person’s dignity, challenge each other’s perspectives, and be respectful of each other’s voice. The beginning of each dialogue will start with norms and community building to ensure that we are all on the same page. Facilitators guide the dialogue and help the group uphold the norms.

To learn more about what makes dialogue different than other communication methods, please click on Debate, Discussion, & Dialogue Handout (2008) (PDF).

Norms are fluid and are often constructed by each group. Below are some common norms from Intergroup Dialogue:

Our primary commitment is to learn from each other. We will listen to each other and not talk at each other to prepare us to help raise our awareness and understanding of differences and similarities through this process.

Expect and accept a lack of closure. This is the start of a conversation. We will be challenging assumptions and pushing ourselves to think in ways we may not be used to, which may leave us with lingering questions and thoughts.

Monitor your airtime. Be mindful of taking up more space than others. On the same note, empower yourself to speak up when others are dominating the conversation.

We will work with awareness of status differences within this workshop. We recognize that there may be significant differences in position and power among participants. We understand that we learn when we are vulnerable and that we respect the limits people set for themselves on what they want to disclose.

We will trust that people are always doing the best they can and we are all co-learners. We recognize that it is very likely that we have learned misinformation about our own group and members of other groups. We will hold ourselves and others responsible for repeating misinformation or offensive behavior after we have learned otherwise.

Dialogues are offered through a semester-based series, single opportunities, and can be tailored to fit the classroom, department meeting, student organization event, program discussion, in your community-based organization, and in other settings. We also can host and facilitate other events that encourage community building and understanding.

If you are interested in bringing dialogue to you or partnering on a dialogue event, please contact Elise Krumholz at [email protected].

We will collaborate with you to develop and facilitate a dialogue to help you address a complex or contentious issue. During the initial consultation, we will discuss what you would like to achieve, how to prepare your class/program/organization for dialogue, and what the facilitated dialogue will look like.

*Check out the Dialogue @ MSU Denver Padlet for an interactive look at dialogue news, resources, and connections to other programs at MSU Denver!

*From the Summer 2020 Dialogue Series: How do we talk about race?

Want to know more about Dialogues?

Please feel free to reach out to us with questions: