If you’re infatuated with everything aviation and aerospace, Colorado and MSU Denver are a great choice to make your dream a reality.

Colorado is a national hub for growth and innovation in the industry: major U.S. aerospace companies have their headquarters along the Front Range; three airports are within 30 minutes of downtown Denver; and Denver, Boulder and Colorado Springs have booming aviation-related business districts.

Over the last 40 years, MSU Denver’s Aviation and Aerospace Science degree program has evolved into one of the best, most advanced undergraduate aviation education programs in the country yet remains one of the most affordable. We are truly student-centered with a razor-like focus on your education and the development of your professional career.

You will learn from professors who boast successful careers in Aviation and Aerospace Science, and with our state-of-the-art facilities, you’ll have unparalleled opportunities for applying aviation and aerospace science theories and practices in a safe environment.

Plus MSU Denver’s direct industry connections are priceless in offering you internships at commercial aviation vendors, airport authorities, government agencies and commercial space entities. As an Aviation and Aerospace Science major, you’ll also have the opportunity for applied research around airspace simulation programs, space commerce evaluations and human-factors/usability studies. Plus later in 2017, you will have access to MSU Denver’s groundbreaking Aerospace and Engineering Sciences Building. Included in our $40 million flight and space-related training systems is the Robert J. Mock World Indoor Airport (WIA). The WIA and labs support all aspects of the department’s technology programs and houses :

As an Aviation and Aerospace Science student, you’ll have ample opportunities to participate in student organizations, including the MSU Denver Precision Flight Team, the Aerobatic and Glider Club and the MSU Denver Student Chapter of the American Association of Airport Executives.

Colorado’s aviation and aerospace industry continues to thrive – especially in the profession of aviation and airline operations. MSU Denver Aviation and Aerospace Science graduates are working in all areas of aviation as professional aviators, aviation managers, airport planners, air traffic controllers, flight dispatchers and much more.

The Bureau of Labor Statistics Occupational Outlook Handbook lists the following median salaries and growth rates for 2015 as: Professor Jeffrey C. Price is a nationally recognized expert in aviation security and safety. His specialties include airport planning and security management, career planning and the AAAE Certified Member program.

Department of Aviation and Aerospace Faculty 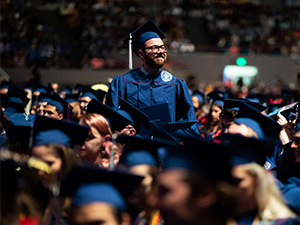 “Going back to school with my limited resources was terrifying, but MSU Denver was welcoming and I found acceptance within the Aviation and Aerospace Department that allowed me to believe enough in myself to begin and succeed.”

MSU Denver Aviation and Aerospace Alumni have been hired by the following: