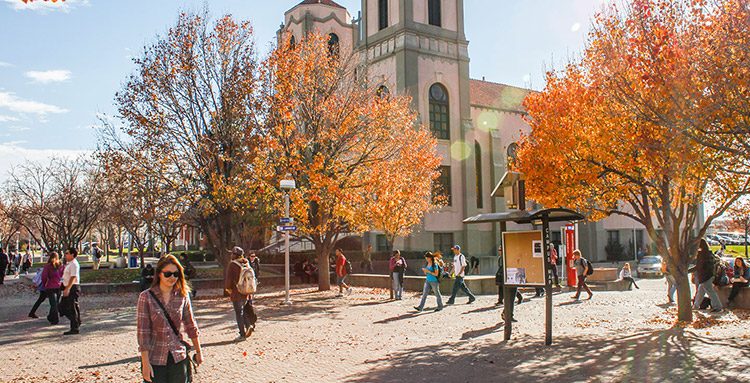 This legendary alum and Hispanic leader's legacy of transformation lives on.

On April 13, 2015, 24 years to the day of Richard T. Castro’s death from a cerebral hemorrhage at the age of 44, St. Cajetan’s Event Center was packed with friends, family and a veritable who’s who of Colorado’s Latino community: Ken Salazar, former U.S. secretary of the interior; Federico Peña, former Denver mayor and U.S. secretary of transportation and of energy; Polly Baca, Colorado’s first Hispanic woman senator, and many others.

Testimonials about Castro poured out. Many speakers recalled how he goaded them to pursue higher education, run for office and organize to fight injustice.

“Education’s role in our society cannot be minimized … It is quite probably the most critical investment a people can make.” – Richard T. Castro

Peña says it was Castro who encouraged him to run for the state legislature initially. “He was always by my side,” Peña said. “He brought so many of us along with him.”

Castro transferred to what was then Metropolitan State College of Denver in 1967, just two years after the college was founded. It was a heady time. Inspired by the civil rights movement and Latino leaders such as Denver’s Corky Gonzalez, MSU Denver’s Latino students banded together as United Mexican American Students (UMAS), a national activist organization that was gaining momentum on campuses at the time.

Passionate and newly awakened to the economic and racial disparities in American culture, Castro joined UMAS — he met his wife, Virginia (B.A. behavioral science ’71), at a meeting — and worked tirelessly to recruit other Latinos to attend school. He and his friends flocked to sociology professor Daniel Valdes’ classes, where they learned that many of the social issues facing their families and friends stemmed from wrongs perpetrated on Latinos dating back generations.

Some people say it was at MSU Denver that Castro encountered many of the people and ideas that informed the social activism that defined his life. After earning his master’s in social work with an emphasis in community organization from the University of Denver, he went on to fulfill many roles: student activist, social worker, community organizer, state legislator, opponent of English-only legislation, mentor, Chicano studies instructor (at MSU Denver), director of Denver’s Agency for Human Rights and Community Relations … and visionary.

An enormous proponent of education and the power of history to inspire and promulgate change, Castro was working on a history of Colorado Hispanic legislators at the time of his death. To honor Castro’s commitment to Latino culture and education — and inspire coming generations of Latino students — MSU Denver launched the Richard T. Castro Distinguished Visiting Professorship, which brings renowned Latino and Latina artists to campus to speak, perform and give classes, educating the community about what is possible when people gather, realize their potential and embrace their culture.

Since 1997 the professorship has hosted author Carlos Fuentes, humorist and art collector Richard “Cheech” Marin, writer Sonia Nazario and columnist Gustavo Arellano, among many others.

At the recent Castro memorial, Salazar acknowledged the part Castro played in his political life and in advancing the Latino community, but observed that Castro’s fight for justice continues.

“Rich’s vision that we are equal and that our culture and history are second to none — we are still in the struggle for that reality.”